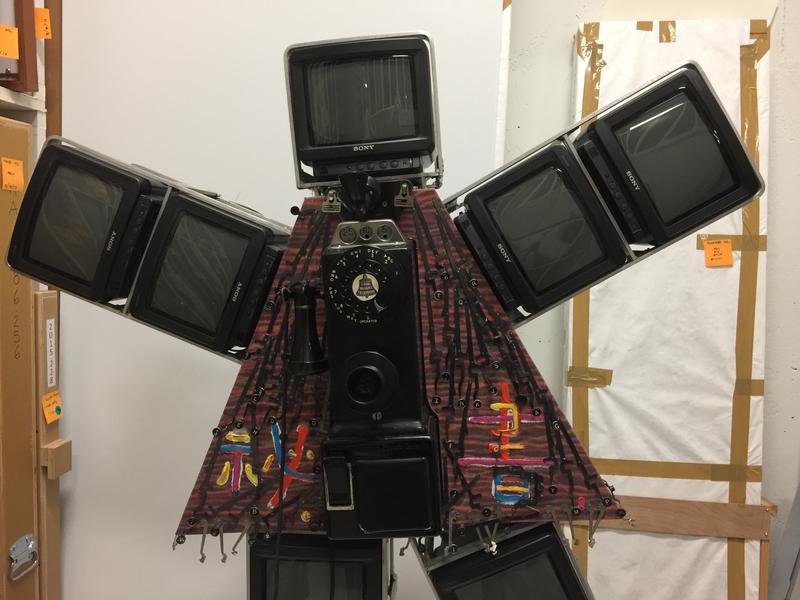 We are passionate about the intersection of Art, Design & Technology and are always on the hunt for great stories with new perspectives.  Enjoy some recent articles which caught our attention:

ArtSpace //
Russia’s Innovative Art Collective AES+F on Inventing a New Video Medium and Turning the World Upside Down
The video work of AES+F is almost certainly unlike anything else. Rendering surrealist, dystopic futures, AES+F builds dramatic narratives that recall both the simulated violence of video games and the glamour of high fashion photography.  Read more.

ArtNet //
How Do You Make a VR Art Extravaganza? We Went Behind the Scenes to Find Out
Will virtual reality (VR) technology gain a serious foothold in contemporary artistic production today? This is a question that seems to be at the forefront of the art conversation, as a generation of younger artists turn to VR as a medium that, in their minds, is equal to traditional ones.  Read more.

NYT //
An Iconic Video Artist Takes Over Florence
In 1974, the young Bill Viola, then 23 and fresh out of art school, spent 18 months working at a video art studio in Florence. When he arrived, he encountered a city in the throes of cultural experimentation: Performance art and conceptual architecture there echoed the social and political upheaval in Italy.  Read more.

The Atlantic //
Tech Start-Ups Have Become Conceptual Art
Conceptualism has taken many forms since the early 20th century. At its heart, the name suggests that a concept or idea behind work of art eclipses or replaces that work’s aesthetic properties. Some conceptual works deemphasize form entirely. Read more.

Artspace//
Artistry Vs. Novelty: Digital Art Museum Director Wolf Lieser on Virtual Reality as Art
The inclusion of Real Violence in the Whitney Biennial marks a milestone for the medium of virtual reality—which, despite its recent acceptance, has really been around in some form or another for decades. Over the past several years, several tech companies have competed to bring VR to the mainstream, and even artists are caught up in the hype.  Read more.

According to Kate Moomaw, DAM’s conservationist, there are a lot of tools of the trade: acid-free tissue paper, climate-controlled rooms, eBay. That’s where Moomaw, who works with the modern and contemporary art collections, finds spare parts for some of the museum’s media works. One of her more common searches is for old CRT — or cathode ray tube — television sets. Most manufacturers stopped making the sets 10 years ago, but you can still find them on the auction site.  Read more.

EVENT: A Day of New Media Art in San Francisco